The doctrines separating them are clear. The legal process of disentanglement, less so. 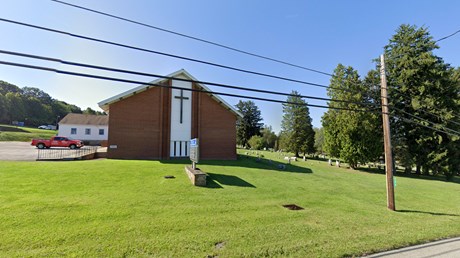 Lee Smith thought he knew the name of the church cemetery.

He was pretty sure. But in his years as pastor at Mt Joy in southwestern Pennsylvania, Smith had never actually checked that the legal name of the burial grounds was the same as the name it was commonly called.

“We thought it was called Mt Joy Cemetery, and if that’s the case, there’s no need to change the name,” Smith told CT. “However, there are some forms for purchasing cemetery plots or deeds that say, ‘Mt Joy Church of the Brethren Cemetery’ on them. So we’re still trying to figure that out.”

Add that to the long list of suddenly important details that have to be dealt with when a congregation leaves a denomination.

Mt Joy is one of 52 churches across eight states and the Democratic Republic of the Congo that have separated from the Church of the Brethren and joined the newly formed Covenant Brethren Church in response to an ongoing dispute over homosexuality and the historic peace church’s theological commitment to not enforcing denominational policy.

The Pietistic-Anabaptist denomination is not the first to quarrel over the question of same-sex marriage and the affirmation of LGBT identities. Hundreds of congregations left the Episcopal Church after the ordination of an openly gay bishop in 2003. The United Methodist Church (UMC) and the Reformed Church in America (RCA) are negotiating similar splits.

But while the theological differences are well rehearsed, the actual legal details of division are much murkier. Many departing Episcopal congregations ended up in interminable lawsuitsoverproperty. UMC and RCA leaders are trying to figure out what a split means for denominational entities funded by generations …