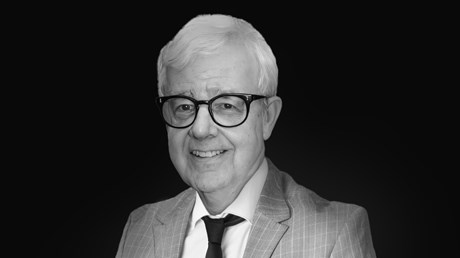 Gary North, a leading Christian Reconstructionist who argued for the biblical basis of free market economics and urged people to prepare for societal collapse, has died at 80.

North was a prolific writer, simultaneously penning a 31-volume Bible commentary on Austrian economics; turning out regular warnings about financial catastrophe; and firing off a seemingly endless stream of columns on the gold standard, government overreach, God’s covenants, and the greatness of libertarian Ron Paul.

He was perhaps most mainstream when he supported Paul’s longshot presidential bid in 2012. He boosted the candidate throughout the Republican Party primaries, alternately explaining monetary policy to newly converted libertarians and hyping the chances that the Texas politician could actually win the White House.

He was most well-known, though, for his warnings about Y2K. North was convinced that a computer programing shortcut—coding years with two digits instead of four—was going to lead to catastrophic crashes when the year 99 became the year 00 and the world’s digital infrastructure reset itself. He eagerly—even gleefully—heralded the collapse of civilization and coached Christians on how to stockpile food, gold, and guns.

For his part, North thought his most important work and true calling was explaining how the alternative economic theories of Ludwig von Mises and Murray Rothbard (both nonpracticing Jews) were deeply biblical. Free market economics should be grounded, he believed, in the Bible’s account of God’s covenants, the scarcity that follows the Fall, and the divine mandate in Genesis 1:28 that people should take “dominion” over the earth (KJV).