Sixteen forgeries have been discovered so far in the collections of unsuspecting evangelicals. Experts have suspicions about many more. 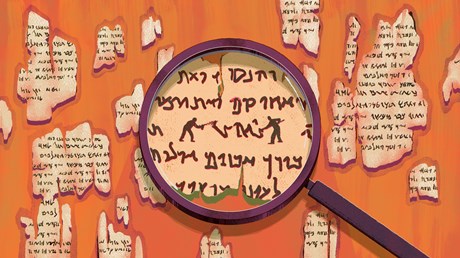 Mark Lanier thinks if you were going to fake a fragment of the Dead Sea Scrolls to sell to an unsuspecting evangelical collector, you wouldn’t pick Amos 7:17.

But not Amos 7:17, which says, “Your wife will become a prostitute in the city, and your sons and daughters will fall by the sword.”

Except maybe that’s exactly what a forger—trying to pass off a scrap of distressed leather as an ancient bit of the Bible preserved in desert caves for two millennia—would want you to think. So in 2013, Lanier made sure an antiquities dealer had legal documentation of the authenticity of three pieces of the Dead Sea Scrolls before he bought them to donate to the Lanier Theological Library in Houston.

“We passed up purchasing a number of other fragments on this issue,” said Lanier, a Texas trial lawyer and philanthropist. “We did due diligence and were assured of the provenance.”

A shadow of suspicion has spread across antiquities collections at US evangelical institutions in recent years as a small team of Dead Sea Scrolls detectives has raised concerns about modern forgeries. The Museum of the Bible reported that all 16 of its prized fragments were fakes, and experts wonder: How many more are out there?

More than 70 pieces of the Dead Sea Scrolls have been offered for sale on the antiquities market in the past two decades. It seems unlikely a criminal would produce and sell 16 forgeries and then just stop.

“Whoever was manufacturing these was responding to the market,” said Kipp Davis, an expert in biblical archaeology and Dead Sea Scrolls forgery. “That market was, for the most part, wealthy evangelicals.” …