Christians in the Gulf hope historic UAE-Israel normalization might also lead to a deal with Palestinians. 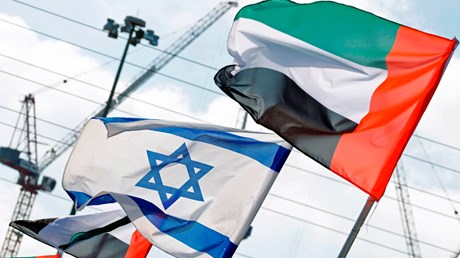 In forging the first Arab-Israeli peace deal since 1994, President Donald Trump paid homage to a patriarch.

He named the historic normalization the “Abraham Accord.”

The familiar Bible character “is referred to as ‘Abraham’ in the Christian faith, ‘Ibrahim’ in the Muslim faith, and ‘Avraham’ in the Jewish faith,” explained David Friedman, US ambassador to Israel.

“And no person better symbolizes the potential for unity, among all these three great faiths.”

In signing the accord, the United Arab Emirates (UAE) joined Egypt and Jordan as the only Arab nations to make peace with Israel. Telephone lines are already being connected between the Gulf nation and the Jewish state, with preparations underway to exchange embassies.

It may open a new era. Fellow Gulf nations Bahrain and Oman signaled their support, while Saudi Arabia did not oppose it.

“This is a once-in-a-generation diplomatic achievement, but I predict it will be the first, not the last,” said Johnnie Moore, an evangelical leader engaged in behind-the-scenes advocacy. He and bestselling novelist Joel Rosenberg led an evangelical delegation to the UAE in October 2018 (as well as two delegations to Saudi Arabia), and Moore has personally visited three more times.

“The Abraham Accord,” he said, “will prove to be the moment when the grievances of the past no longer overpowered the promises of the future in the Middle East.”

A hero of faith to both Christians and Jews, ‘Ibrahim’ is already a central figure in the UAE. The nation opened its 2019 Year of Tolerance by welcoming Pope Francis in the first ever papal visit to the Arabian …