How a son of the Arabian Gulf met the Son of God in a strange new place. 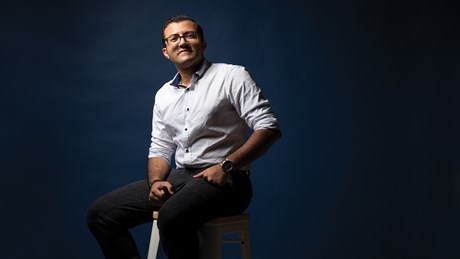 My story begins in the Arabian Gulf region, where my tribe raised me as a devout Muslim. When I was a child, my father would wake me up at 5 a.m. so we could attend morning prayer at the mosque. Each day, I would sit with my uncles to read and study the Qur’an. By age 10, I had memorized the majority of the book, since family members would award me $100 for each chapter I could recite.

Growing up, I performed my mandatory prayers in the mosque and even woke up each night to pray for an extra hour. I was proud to be zealous in my faith. I wanted to obtain the blessings and favor of God, as well as the esteem of my family.

The first major turning point in my life occurred when my family moved to an English-speaking country. I hated it there. We went from being wealthy to dividing a two-room apartment among six family members. Barely anyone shared our faith or culture. I had a conversation with my grandmother, who warned me, “Watch out for the infidels, and don’t befriend or associate with them; they are a disease on society.”

At school, I formed an Islamic group that worked aggressively to make everyone around us conform to our religion. We demanded that the school serve halal food exclusively. During Ramadan, we would walk around forcing other students to pray with us. On one occasion, when another student criticized our behavior, a Muslim friend head-butted him violently, breaking his nose. We were all awestruck that someone had taken it upon himself to punish this infidel for his disrespect.

Meanwhile, I prayed for the death and destruction of Jews and Christians, the “atheists” who were unclean, equal to pigs and dogs, and not to be touched. At this point, I had never met a Christian, but …