Compared to other colleges, students at evangelical institutions end up gaining the most knowledge of world religions. 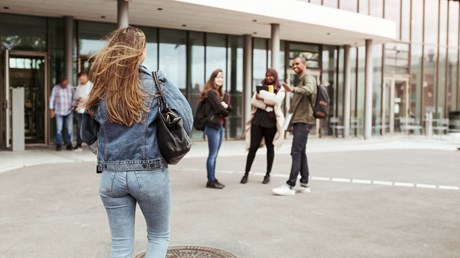 One of the negative stereotypes of evangelical colleges is that they keep students in a religious “bubble.” But new survey data shows that these schools are particularly effective at teaching students about other faiths, and that this exposure to outside traditions is actually correlated with a deeper commitment to their own beliefs.

The Interfaith Diversity Experiences and Attitudes Longitudinal Survey (IDEALS)—a panel study that surveys the same students before, during, and at the end of their college career—measures basic knowledge about world religions.

The sample included over 1,300 students from 15 evangelical universities, the majority of which were members of the Council for Christian Colleges and Universities.

All institutions of higher education impart some knowledge of world religions, but there are clear differences between the types of schools. For instance, the average student attending a Catholic college answered 0.64 more questions correctly after four years at college, which is close to the average for the entire sample (0.67).

Those attending evangelical schools—many of which require some sort of religious formation or classees in their curricula—saw a larger improvement, answering 0.83 more questions correctly on average by the end of their college …