In a world awash with excess possessions, we’re called to see landfill-bound items the way God does. 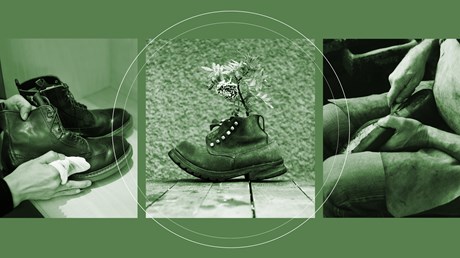 Where do you want your stuff to go when you die? If you’re like most people, as Adam Minter writes in his fascinating book Secondhand: Travels in the New Global Garage Sale, you want to see someone else find use for your belongings.

But the very fact that one might have things to distribute at life’s end has little historical precedence. As Minter writes, “The idea that a person may reach the end of life with more stuff than he or she can manage is new.”

Prior generations, especially those who experienced America’s Great Depression, worked hard to extend the life of their few possessions as long as they could. If something still could be used after its first owner died or outgrew it, it got passed down.

In the last century, this created an increasingly robust American market for secondhand goods. This arrangement continues into the 21st century, but tellingly, much of Minter’s story unfolds outside the United States, and even outside North America. Lurking behind all of it: the specter of slowly shrinking sales, due in varying degrees to worsened quality, competition from cheaply made new goods, and other factors.

Minter anchors his globe-spanning tale of material redemption on two themes: why we hesitate to send our goods straight to the landfill, and the extent to which others can actually acquire and use them.

To tell this story, he visits locations as far-flung as India, Malaysia, Mexico, and Benin, as well as multiple U.S. and Canadian locations. He prowls the bustling Goodwill operations in Tucson, shadows home clean-out crews from Minnesota to Japan, and interviews Ghanaian TV repairmen still reviving decades-old equipment (when they have parts to do so).