Blocks away from the Monterey Park and Alhambra crime scenes, some Asian American pastors adjusted services and offered prayers to address the tragedy. 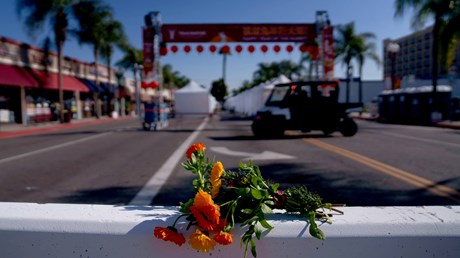 Last weekend, pastor Jesse Chang had prepared to gather with his church in Monterey Park, California, for worship and a Lunar New Year potluck. Instead, his wife woke him up early Sunday to tell him a nearby shooting had killed nearly a dozen people.

He quickly realized everything about the service would need to change. His predominantly Asian and Latino congregation, River of Life, meets in a building just four blocks from the crime scene.

With a 65 percent Asian American population, Monterey Park in Los Angeles County is considered the nation’s first “suburban Chinatown.” The shooting occurred Saturday night inside the Star Ballroom Dance Studio, just an hour after the conclusion of the city’s Lunar New Year festival blocks away.

The suspected gunman, 72-year-old Huu Can Tran, then entered a second dance studio in the nearby city of Alhambra and was disarmed before fleeing the scene. Tran was found later the following day in a white van in nearby Torrance where he died of a self-inflicted gunshot wound.

The mass shooting was the first of two to take place in California this week. At least 7 people were killed in two related shootings on Monday in Northern California’s Half Moon Bay. The suspect, 67-year-old Chunli Zhao, was apprehended shortly afterward by police.

But on Sunday morning, many details about the Monterey Park shooter’s whereabouts and motivations were still unknown, placing Chang in a difficult position.

“They hadn’t found the shooter yet and because where we meet is so close to the event, we asked whether we should even meet because people might be fearful of coming down,” he said.

The young church, planted in 2020, was forced to gather online and cancel Lunar …