A federal judge declined to expedite discovery, but lawyers will ask for 17 years of financial records and hundreds of thousands of documents. 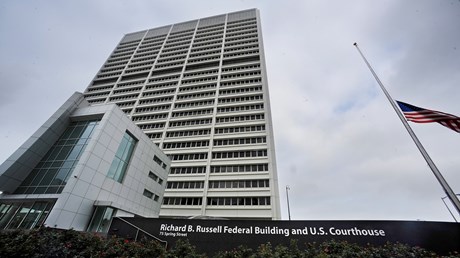 Lawyers in Georgia battled over access to the financial records of Ravi Zacharias International Ministries (RZIM) on Monday.

In the first hearing of a proposed class-action suit, representatives for donors Derek and Dora Carrier argued they needed “expedited discovery” to allow them access to the hundreds of thousands of financial documents they say will prove that “RZIM allowed donated funds to be diverted for use in Zacharias’s schemes to perpetrate sexual abuse.”

The federal judge denied the motion to expedite the process, but the legal team is expected to make their case for access again after proving the grounds for the suit.

The Carriers’ attorneys are asking for records of all donations made to RZIM since 2004, when Zacharias became part owner of Touch of Eden, a massage therapy spa located in a shopping center near RZIM headquarters. They also want documentation of how those donations were used, particularly if they went to payments made to defend Zacharias against allegations of sexual abuse, to pay off accusers and hush up allegations, and to hire public relations and crisis management professionals to protect RZIM’s reputation.

“RZIM is sitting on a pile of money, and no one knows how RZIM is spending that money,” Drew Ashby, of the firm Ashby Thelen Lowry, told CT. “Our clients view this as God’s money, not their money, and they want that money back to invest in legitimate ministry purposes to build the kingdom of God.”

In a brief filed ahead of the hearing at the federal courthouse in Atlanta Monday, the Carriers’ attorneys urged the court to remember that RZIM leaders have “shown themselves to be deceitful.” …