The suburban DC megachurch’s recent scuffle over race and politics is symptomatic of a broader evangelical rift. 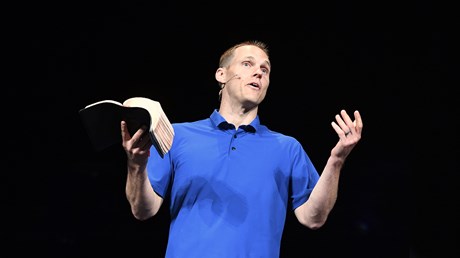 The Washington-area megachurch led by best-selling author David Platt has affirmed three new elders—but only after a public tussle over politics, race, and alleged liberal drift, plus a lawsuit filed by dissenters.

The conflict at McLean Bible Church is significant not only because of the congregation’s size and influence—with more than several thousand attendees and a prominent place in the DC church landscape—but also because the incident marks the latest salvo in an ongoing clash within American evangelicalism.

After new elder nominees failed to be elected for the first time in the church’s history, Platt told the congregation in a sermon in early July that “a small group of people inside and outside this church coordinated a divisive effort to use disinformation in order to persuade others to vote these men down as part of a broader effort to take control of this church.”

At a June 30 meeting, nominees Chuck Hollingsworth, Jim Burris, and Ken Tucker had failed to receive a clear 75 percent majority, the margin required for elder election. The total was either just above or just below 75 percent, depending on whether provisional ballots were counted, so a second vote was held July 18, at which all three nominees received at least 78 percent of the vote.

The weeks between the two votes were tumultuous. Platt said in his July 4 sermon that people told voting members, in person and by email, that the elders up for nomination would have sold the church’s Tysons location to build a mosque, with proceeds going to the Southern Baptist Convention (SBC).