President of the Assyrian Aid Society–Iraq (AASI) passes away from COVID-19 complications. 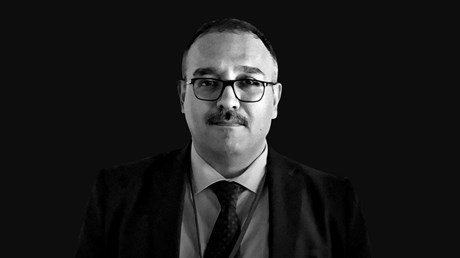 A champion of the Assyrian Christian minority, he was also a central figure in US efforts to shelter refugees from ISIS and later rebuild the Nineveh Plains.

AASI was honored for its work with a Nobel Peace Prize nomination in 2016.

“Ashur has played a prominent role in being a voice for our people in international forums, speaking on behalf of us all especially on the subject of indigenous rights,” stated the official account of the Assyrian Democratic Movement (ADM), of which Eskrya was a senior member.

“He will always be remembered for his leadership.”

Born in 1974, Eskrya was a civil engineer and graduate of Baghdad University. He became a member in AASI in 2003, and assumed the presidency in 2010. Founded in 1991 to respond to the humanitarian crisis following the first Gulf War, the nonprofit is funded through branches of the Assyrian diaspora in the United States, United Kingdom, Australia, Canada, and Sweden.

“Ashur did much to make [AAS] what it is today. His energy and passion fueled and propelled the work on a daily basis,” stated the Assyrian Aid Society of America.

“[His] tireless efforts in bringing international attention to the plight and struggle of Assyrians is commendable and will be remembered and honored for generations to come.”

Under Eskrya’s leadership, AASI administered projects for refugee relief, reconstruction, irrigation, and medical clinics. Over 2,600 students in 27 schools were provided with K-12 education, including …