Political tensions and growing racial awareness have fueled interest in its message of social justice and biblical morality. 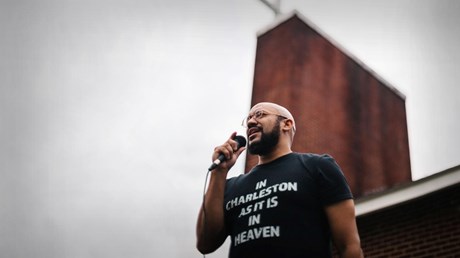 The And Campaign—the organization rallying urban Christians to “faithful civic engagement”—is on track to quadruple its size in the span of a year, with chapters launching in three Southern cities in 2020 and scheduled to launch in another 10 cities in the first half of 2021.

Last year’s convergence of the COVID-19 pandemic and political and racial unrest in the United States catapulted organizations like the And Campaign, which were already addressing these complex issues, to a new level of prominence.

“The pandemic had a huge impact on our growth,” said attorney and political strategist Justin Giboney, who cofounded the And Campaign with pastor Angel Maldonado and hip-hop artist Sho Baraka in Atlanta in 2015.

In May, the group’s Statement on Racialized Violence went viral after the death of George Floyd, tripling its social media following.

“When that racialized violence happened, and everyone had their full attention on it because there was nothing else to pay attention to, our executive committee got together and said, ‘Hey, we need to speak into this,’” said Giboney, referencing the killings of Floyd, Breonna Taylor, and Ahmaud Arbery.

“So many Christians are trying to find a way to process exactly what is going on in biblical terms. Some are ignoring it because their ideology is too far right. Some are getting too caught up in the moment and kind of changing their convictions because they have gotten too caught up on the left. I said we need to speak into this in a real way, and so we created a biblical statement on racialized violence.”