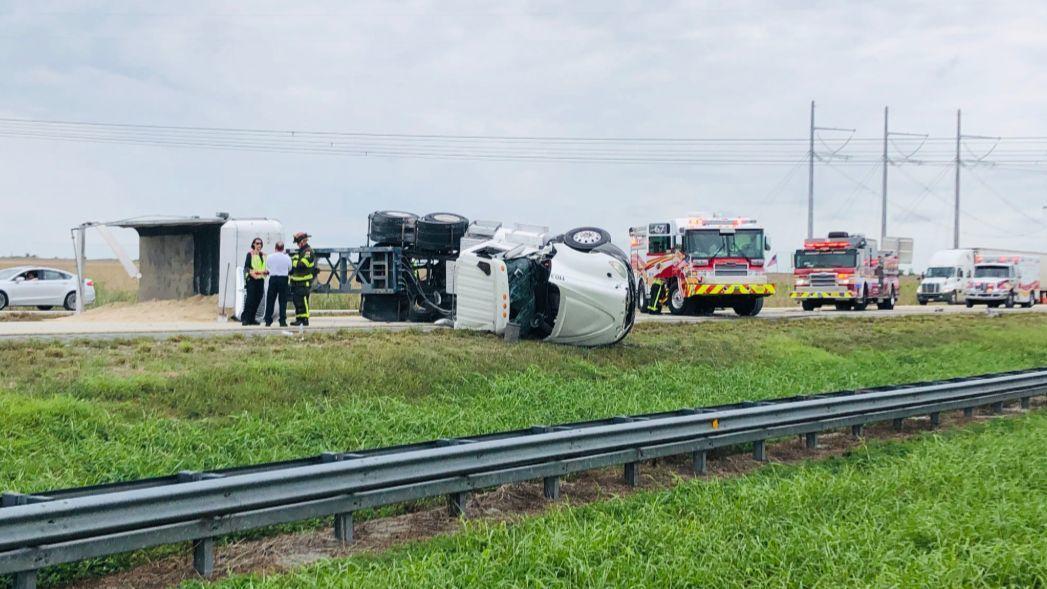 A tractor-trailer carrying sand rolled over Monday afternoon as it traveled south along Interstate 75 near U.S. 27 in Broward County.

The driver of the 18-wheeler was on a trip from Immokalee when the rig overturned. The Florida Highway Patrol will investigate why that happened.

The highway patrol did not release the name of the driver, who had minor injuries. Broward Sheriff Fire Rescue paramedics took him to Broward Health Medical Center in Fort Lauderdale.

All lanes were reopened by 5 p.m., according to the highway patrol.