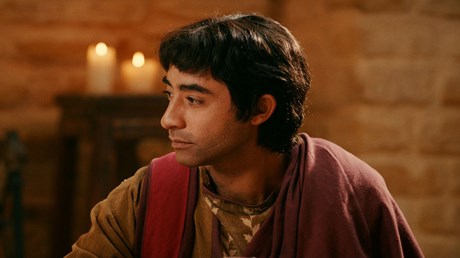 The students at Wheaton College were surprised: Wait, Saint Augustine was African?

Shown the international award-winning Augustine: Son of Her Tearsfor a freshman seminar that reads his Confessions, they witnessed history brought to life beyond the text, said Sarah Miglio, dean of curriculum.

So did the Muslim actors who depicted the story of the Christian theologian. The cast and creators now want to remind the world—and especially their own people in North Africa—that the church father properly belongs to their heritage.

“The West is more acquainted with Augustine than we are in North Africa,” said Aicha Ben Ahmed, the Tunisian actress who played Monica, Augustine’s long-suffering mother. “We have a wine named after him here, and it is better known than the saint.”

The leading actor, Ahmed Amin Ben Saad, was similarly affected. “Saint Augustine is a very strong and perplexing character,” he told Watani, an Egyptian Christian newspaper. “I felt the reverberation of his struggles in my own psyche.”

Known historically as Augustine of Hippo, the author of the monumental City of God and Confessions was born in 354 in Thagaste (present-day Souk Ahras) in northeast Algeria, 170 miles from Carthage, in present-day Tunisia.

Augustine is the first known effort to film his story on location with all local actors. With the endorsement and co-funding of the culture ministries of Tunisia and Algeria, it was produced by Abdelaziz Ben Mlouka’s CTV, which managed production of Tunisian scenes in Star Wars: Episodes I and II, and Imed Dabbour, the Tunisian American CEO of Lighthouse AW.

Directed by Egyptian filmmaker Samir Seif, Augustine won the audience award at the 2017 …