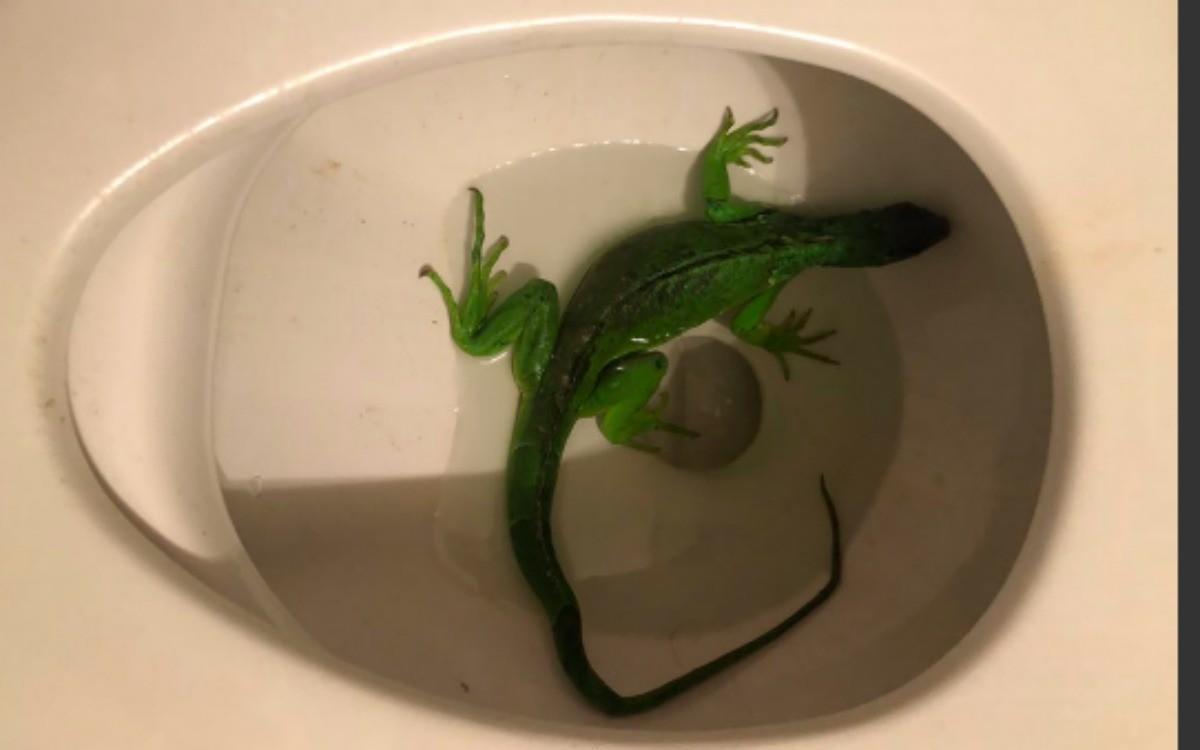 Another reason to demand that your significant other leave the toilet seat down.

Fort Lauderdale Fire Rescue responded to a call after a homeowner reported that a green iguana was inside their toilet bowl about 2 p.m. Thursday.

Engine 13 responded and removed the lizard, without incident, releasing the critter safely outside.

After, the department tweeted photos of a firefighter holding the lizard. “Can you imagine lifting the toilet seat and finding this? Today Engine 13 responded to this exact call. Upon arrival the owner stated when they went to use the restroom they found the lizard in the toilet. Our crews took the lizard outside and released him without harm! Media“

Expert tips on how to control iguanas