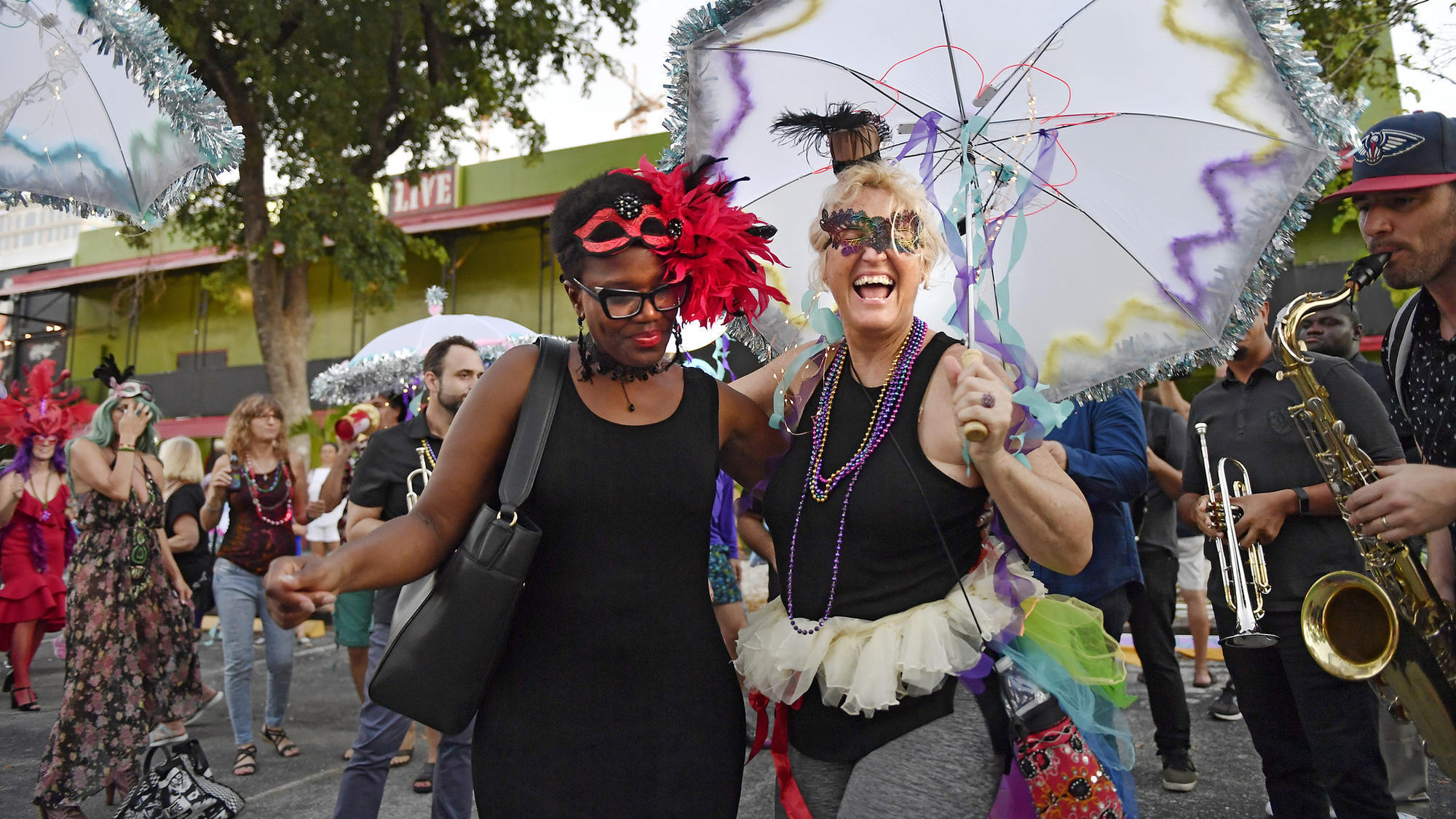 At the magic hour, before the sun set and street lights came on, a line of whimsical creatures stepped off Saturday for Fort Lauderdale’s first Mardi Gras parade.

They were followed by a crowd that danced and wore gold, green and purple bead necklaces that were given out for free because, well, it’s just not a party without beads.

Big 105.9 radio personality Paul Castronovo was king of Fort Mardi Gras, as the celebration was called.

Beneath a gold crown and velvet cape, Castronovo announced that his royal appointment, “May be my greatest honor, as long as I get a bowl of gumbo from Shuck N’ Dive,” one of the event’s sponsors.

Wearing a fish on her head that was accessorized with green fish earrings and strumming her ukulele was Ria Gaffud, 31, of Coral Springs.

“This is my first Mardi Gras,” she said of the celebration that was inspired by the granddaddy of Fat Tuesday parades and parties held in New Orleans before the start of Lent each year. “It’s awesome, so far.”

Stuart Williams’ wife Kezia and daughters Joanna, 10, and Casia, 8, of Miramar had their faces painted in the colors of the day.

Along the row of booths on Southwest Third Avenue where a crawfish boil was happening, people posed before a seascape painted on canvas that was hung on the back of the Revolution Live bar.

As the Bad Apples Brass Band and Big Chief band played “Down by the Riverside” for the crowd in the bar’s parking lot, Andrew Courtney of Fort Lauderdale danced with one of the parade signs.

“This is the best time I’ve had in Fort Lauderdale,” said Courtney, an assistant state attorney. “Everybody is coming together, having a good time. You gotta feel it.”

The message on the parade sign Courtney said he was drafted to carry read, “See You Next Year.”

“Of course I’m gonna be here next year,” Courtney said.

And it seemed many in the crowd felt the same way.