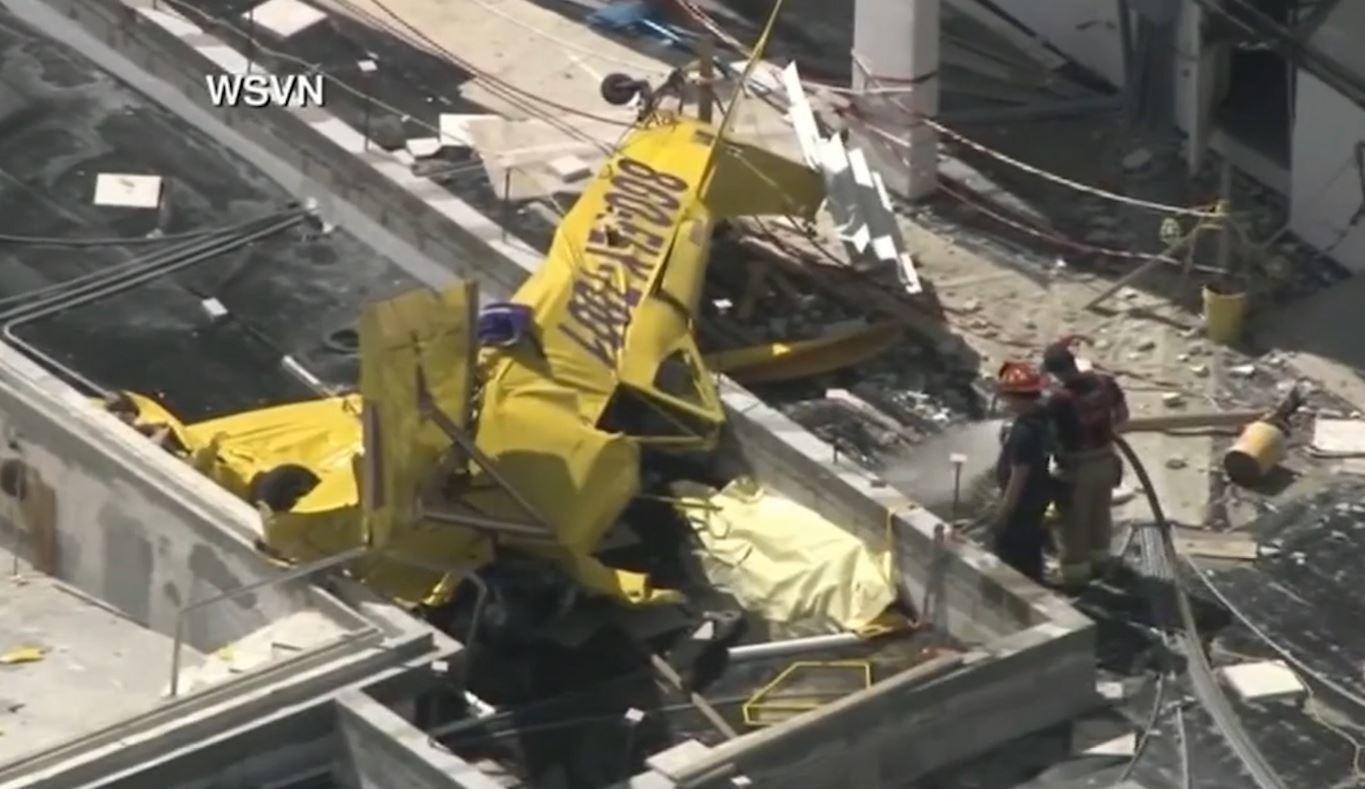 A pilot died Friday when a banner-towing plane crashed into a building along the beach in Fort Lauderdale.

The crash happened near the beach just south of Oakland Park Boulevard and just west of A1A.

It was about 11:50 a.m. when calls came that a small plane had crashed into an 18-story condominium building at 3015 N. Ocean Blvd., Fort Lauderdale Battalion Chief Stephan Gollan said.

The plane then tumbled to the building’s pool deck several floors below.

People were inside the condo building at the time of the crash but so far there have been no other reports of injuries.

The yellow plane advertises 800-FLY-7001. It’s owned by Aerial Banners Inc. and pulls ads behind it during flights along the coast as well as over sporting events and other large gatherings, according to its website.

This story will be updated. Check back for more information.