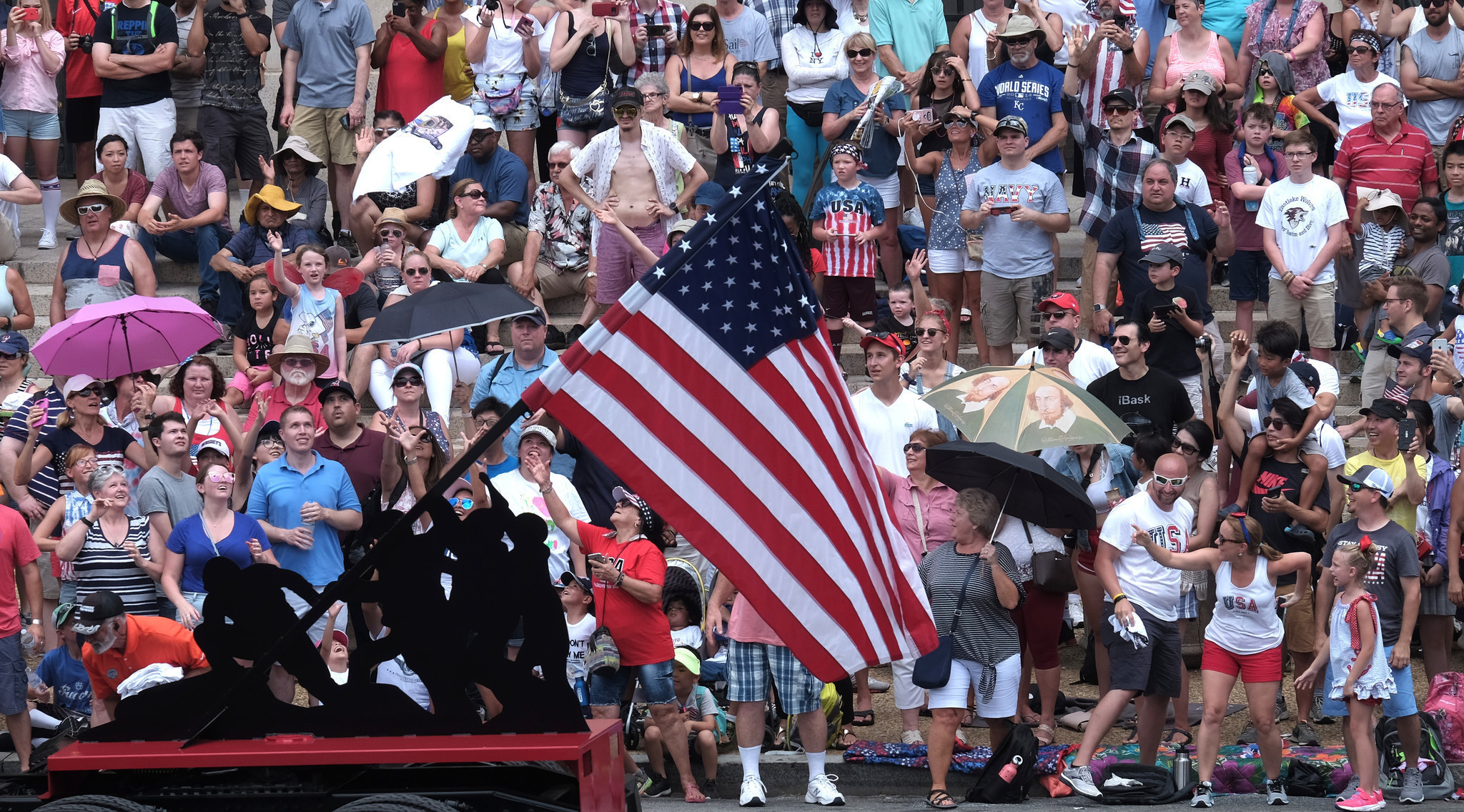 In an announcement that appeared to catch many off guard, President Donald Trump on Sunday promised a July Fourth celebration on the National Mall this summer like no other, complete with a presidential address, fireworks and entertainment – in a city that already hosts an annual concert and fireworks there.

“HOLD THE DATE!” Trump tweeted shortly before 8 a.m. “We will be having one of the biggest gatherings in the history of Washington, D.C., on July 4th. It will be called ‘A Salute To America’ and will be held at the Lincoln Memorial. Major fireworks display, entertainment and an address by your favorite President, me!”

It was initially unclear if the festivities Trump alluded to would complement or compete with the existing celebration on the Mall that has been held for decades. There also are no details on who would pay for it.

“While no final decisions have been made, we continue to work on creating a Salute to America program that will bring Americans from all over the country together in celebration of our great nation,” National Parks Service spokesman Mike Litterst said in an email, raising the question of whether “Salute to America” had been this year’s theme all along. “For specific questions regarding the content of the president’s Tweets, please contact the White House .”

The White House did not immediately respond to a request for comment Sunday.

Trump, who has asked for a military parade similar to France’s Bastille Day, has reveled in pageantry and rally-style events throughout his presidency. But his Fourth of July announcement struck some as politicizing a national holiday celebrated by Americans of all stripes and political persuasions.

“Every year, Washington, D.C. celebrates the 4th of July with a handful of parades, a matinee baseball game at Nationals Park, a Folklife Festival on the Mall and neighborhood cookouts in all 8 wards,” said LaToya Foster, a spokeswoman for D.C. Mayor Muriel E. Bowser, D. “The day culminates with music and fireworks stretching from the Capitol to the Lincoln Memorial on the National Mall. Like you, we are still assessing what will be different this year, but we know these celebrations only truly salute America when they are inclusive, diverse and welcome all.”

The National Park Service and PBS, along with other groups, put on the annual production “A Capitol Fourth,” featuring fireworks and entertainment , where thousands of revelers gather annually to take part in the nighttime show over the Lincoln Memorial reflecting pool. PBS marked the 35th anniversary of the Capitol Fourth television production in 2015. The National Symphony Orchestra first performed its Independence Day concert on the Capitol lawn in 1979, according to the station’s website.

PBS did not immediately respond to a request for comment on the event plans Sunday.

The Washington Post reported last year that Trump had directed Pentagon officials to begin planning for a military parade down Pennsylvania Avenue that would showcase the strength of the country’s armed forces before the event was scrapped over apparent budget concerns in August.

Bowser was a critic of the military parade idea from the start, highlighting the potential impact on city residents and safety, workers, roadways and the “attention it would attract,” while the D.C. Council reacted succinctly: “Tanks but No Tanks!”

“Usually when you see big military parades, it’s celebrating an end of a war, and I don’t think that’s been announced,” Bowser said at the time.

Though Independence Day festivities typically draw tens of thousands to the Mall, the event is usually smaller than the Mall’s record-setting events such as presidential inaugurations and mass demonstrations. Among the Mall’s largest gatherings in history are President Barack Obama’s 2009 inauguration and the 2017 Women’s March on Washington, both of which attracted more than 1 million people.

Toluse Olorunnipa contributed to this report.