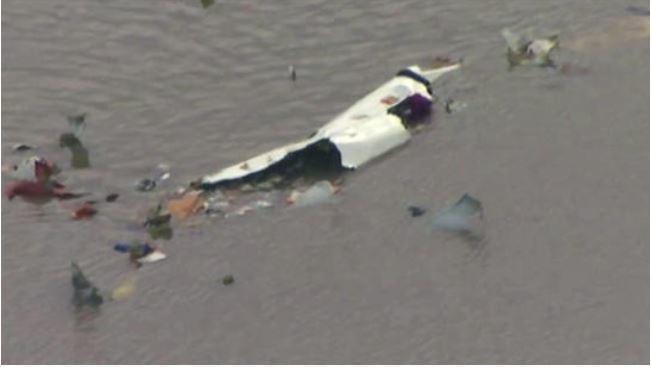 “Knowing what I saw I don’t believe anyone could have survived,” Chambers County Sheriff Brian Hawthorne told reporters, describing floating debris. “It looks like total devastation from the aircraft.”

The plane, a twin-engine Boeing 767 cargo jetliner operated by Atlas Air Inc., crashed into Trinity Bay near Anahuac, Texas, shortly before 12:45 p.m., according to the Federal Aviation Administration.

According to the website Flight Aware, the plane left Miami at 11:33 a.m. and its last reported altitude was about 3,000 feet, when it appeared the aircraft was descending toward Houston.

FAA investigators and the FBI joined first responders at the crash site. The National Transportation Safety Board will lead the investigation.

This is a developing story. Check back for details.